DAY 65 – After dinner at Smitty’s Barbeque in Jasper, TX, we camped at the local Walmart.  It was the best Walmart camp to date – quiet and semi-dark. This morning we drove back to Kirbyville to pick up the route.  Unfortunately, it was still a busy road with a speed limit of 70 mph and lumber trucks. We left Texas and crossed over the Sabine River and the Louisiana state line. It was April 2 when we entered Texas  and it seems like forever ago — over 1000 miles of secondary roads. West Texas, Hill Country, Central  & East. Desert to hills to lots of lush green and pines. It was all new territory for me, so I made the most of it and am happy to report that I really liked most of Texas, which was a surprise. But it is definitely time to move on. 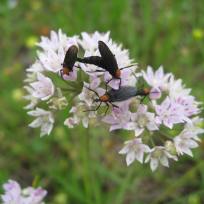 “I hope this was not Dave, last seen running across the Texas state line” (Yonk’s creation)

The section of Louisiana we are in is called Cajun Country.  It’s named after the Acadians, French Huguenots who were expelled from Nova Scotia in the 1700’s for religious beliefs.  They were shipped out to different countries and never really had a homeland until the French accepted them in what was to become the Louisiana Territory in 1803.  The maintained their culture and language living in isolated communities.

Our campground was unique.  Pleasant Hill RV Park in DeRidder, LA has a petting zoo with miniature animals and welcomes cyclists. The owner is very friendly and gave us a tour of her creations.  The animals are real hams! The miniature pony is going to school for show-and-tell. 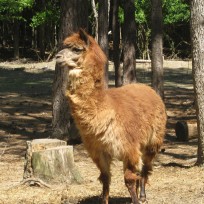 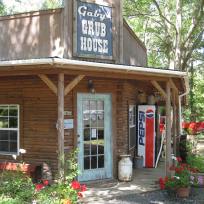 DAY 66 – The roads today are winding through wooded residential areas and small farms.  Little rivers support several canoe liveries.  Every mile has it’s own Baptist church. I found a radio station that played Cajun music and the dj spoke French. In the local Parish (county), 20% of the population speaks Cajun French at home. (I just had an interesting conversation with an 84 year old in McDonald’s where I’m blogging. He told me that he could converse in Paris, but that over in the next town, they speak a different dialect that the French would never understand).

I continue to enjoy the murals on buildings in these small towns. Mamou is the Cajun Music Capital of Louisiana and had a lot to do with preserving traditional music and boosting its’ popularity. I enjoy Zydeco and hope to find some on our route. In Mamou, the population must be Catholic.  When I walked around town, St. Ann’s parking lot overflowed for the 10 am mass.

Later in the day, I started driving through rice fields and crawfish farms. 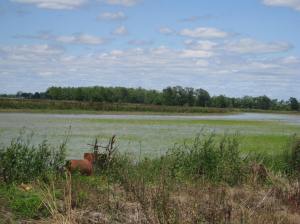 We are looking forward to an unexpected overnight visit this evening that I will report on in the next blog. 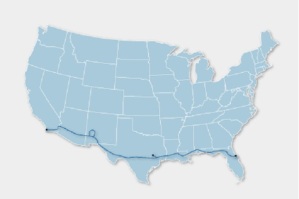