October 16 – The day was uneventful until The Crew could not locate The Rider. It felt like I kept driving and driving, even after I left a phone message at 1pm, our usual meeting time at the end of a day’s ride. The mileage seemed like more than was realistic and still no return call. When Dave called, it turned out that he unconsciously road off-route.  It turned out to be a short cut, but I was still ahead of him. So I turned around & drove back to pick him up. When I got there, he was having a lengthy conversation on the phone. It became apparent that he was doing a phone interview! You can read the story below.

Florida Caverns State Park is right outside Marianna, FL and we are staying 2 nights for a layover day. Nice campsites and a Blue Hole swimming area in Chipola Creek that I plan to check out. Park structures were built by the CCC (Civilian Conservation Corps) in 1932.

October 17 – We were at the Visitors Center by 8:45am as directed, to get in on a cave tour. The park has limestone caverns that the CCC  opened in 1932. The tour was about an hour, a 3/4 mile hike, the deepest part 65 feet. Our guide was  very informative, probably a geology major j- he was really into it.  The cave was much more interesting than I expected. It;s a limestone karst area and the formations in the cave were pretty awesome. I felt like a little kid. 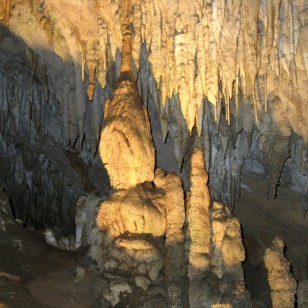 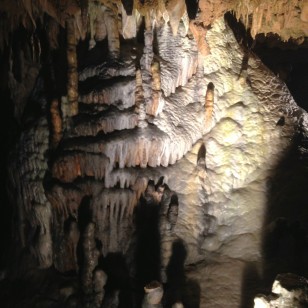 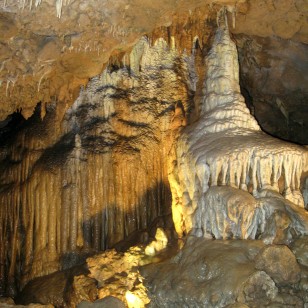